Choose Between Two Equally Important Options without Fear of Loss

Just imagine that you are in the hospital with cancer, which is really agonizing and there is no safe remedy. Then one morning, your physician tells you that there may be a way out. So He tells you that he was able to land upon a drug which could clear cancer cells. but the drug also has neurological effects which could make you schizophrenic. What would you choose? I bet you would need time to reconsider the options and know whether to risk schizophrenia or go through the agony of cancer. It is not a walk in the park making such a decision. 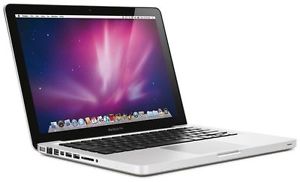 I could bet that to the very last one of you, at a given point you have been faced with what I would love to call a binary situation that needed a binary decision. From the Cambridge English Dictionary, binary means; consisting of two parts, while from Merriam- Webster it means: Relating to or involving a method of calculating and of presenting information especially in computers by using the numbers 1 or 0.

This mostly applies when you are needed to choose between one terrible thing and another, knowing how much you are being affected by the situation should govern how fast and which decision you are supposed to make. A sad thing about terrible situations though, is that almost always they do have a deadline. Just like in the first scenario, one is supposed to make the least painful choice because. Declining the cancer drug in fear of the schizophrenic effects assures you agony to the grave in a very short span.

In the second scenario, for instance, getting a hp envy will give you a higher net gain as compared to the Apple MacBook, this decision though could be based on other factors e.g., user demands which may be satisfied by a particular brand of a product. In general, when you have two exclusive options, make sure to go for the one with the most to gain, which maximises satisfaction as decisions are usually emotionally hooked.

Most binary decisions will follow the above rationale. A certain model depicted that decision making is only meaningful in the face of scarcity. Well, why go through the trouble of choosing between a MacBook and a hp if you could have them all? Choose the least bad one, or the one with the most gain!

If you have to make a binary decision, please remember to evaluate, how much your life depends on each situation, and the amount of gain derived from either choice. Both choices shall have consequences, and with a careful evaluation, you shall walk home with a product/decision more suited for your life, and with more net gain.

Publishing in this blog helps me to reflect on my progress, lessons, and experiences as I strive to achieve various goals. It is my hope that you will find the website content to be a valuable resource.